When writing a number in single or double precision, the steps to a successful conversion will be the same for both, the only change occurs when converting the exponent and mantissa. First we must understand what single precision means. In floating point representation, each number (0 or 1) is considered a “bit”. Therefore single precision has 32 bits total that are divided into 3 different subjects. These subjects consist of a sign (1 bit), an exponent (8 bits), and a mantissa or fraction (23 bits). Double precision, on the other hand, has the same setup and same 3 parts as single precision; the only difference is that it will be larger and more precise number. In this case, the sign will have 1 bit, the exponent will have 11 bits and the mantissa will have 52 bits. In this example will convert the number 85.125 into IEEE 754 single precision.

# 2. Separate the whole and the decimal part of the number. 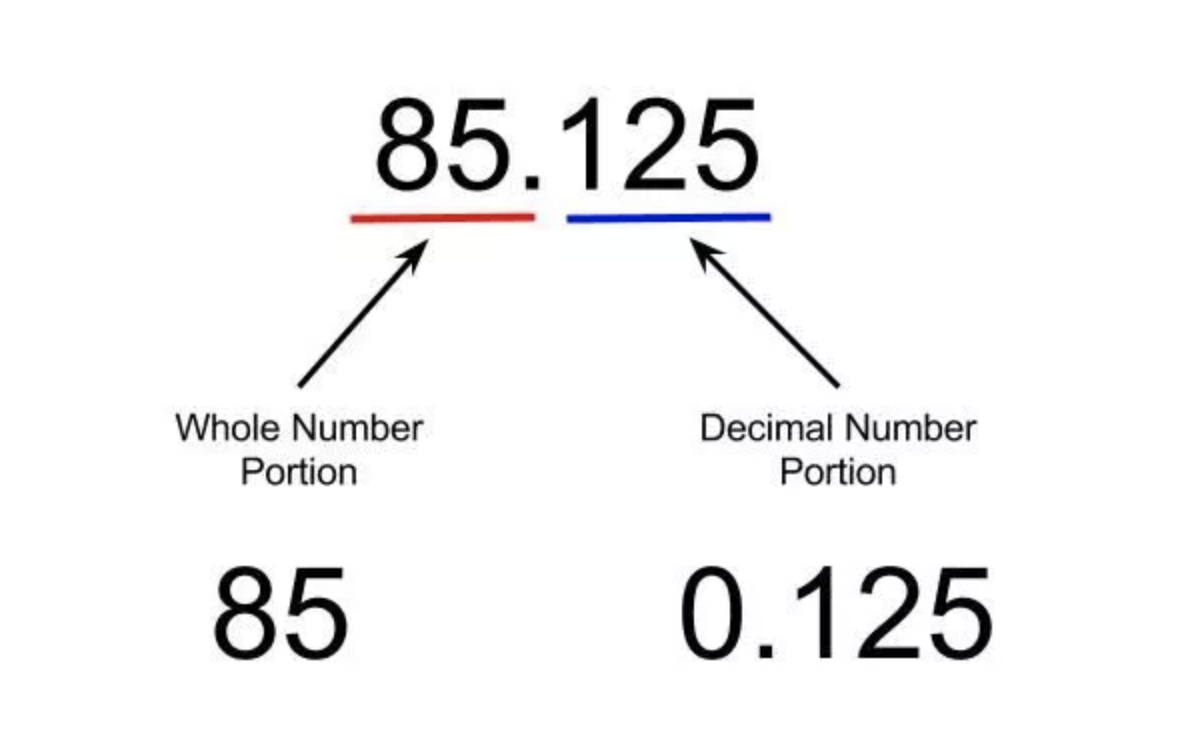 # 3. Convert the whole number into binary. 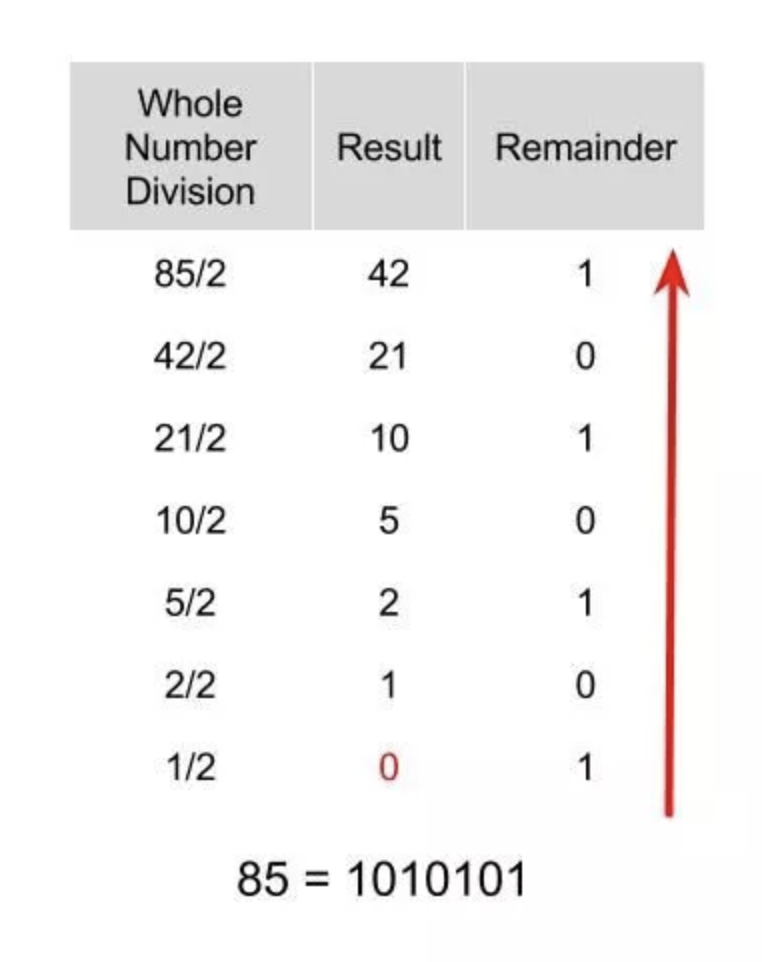 # 4. Convert the decimal portion into binary. 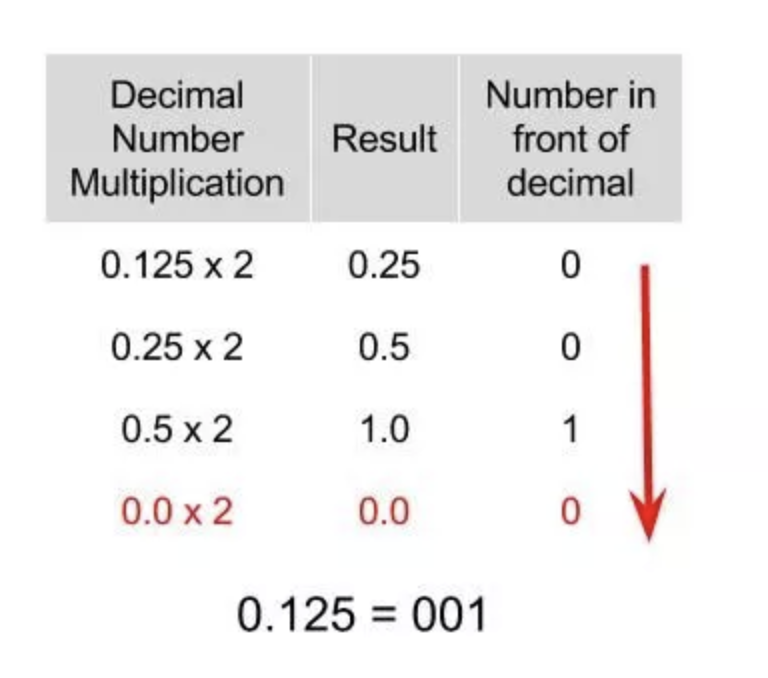 # 5. Combine the two parts of the number that have been converted into binary. 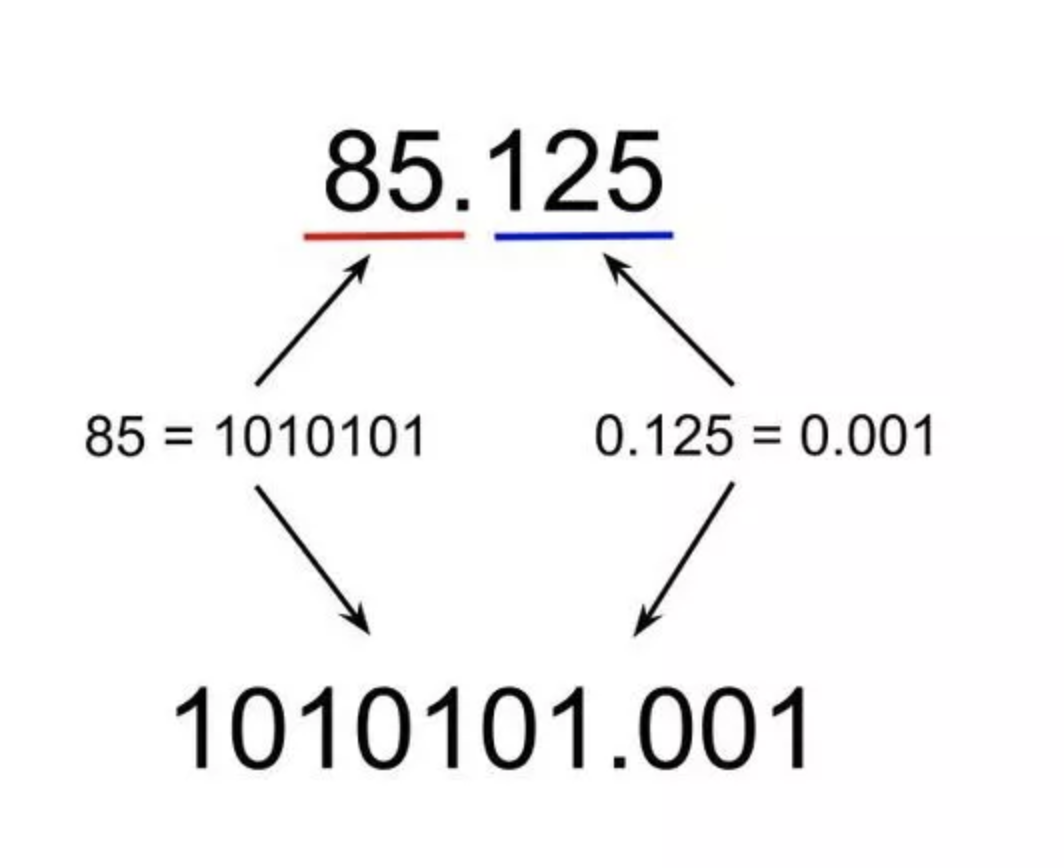 # 6. Convert the binary number into base 2 scientific notation. 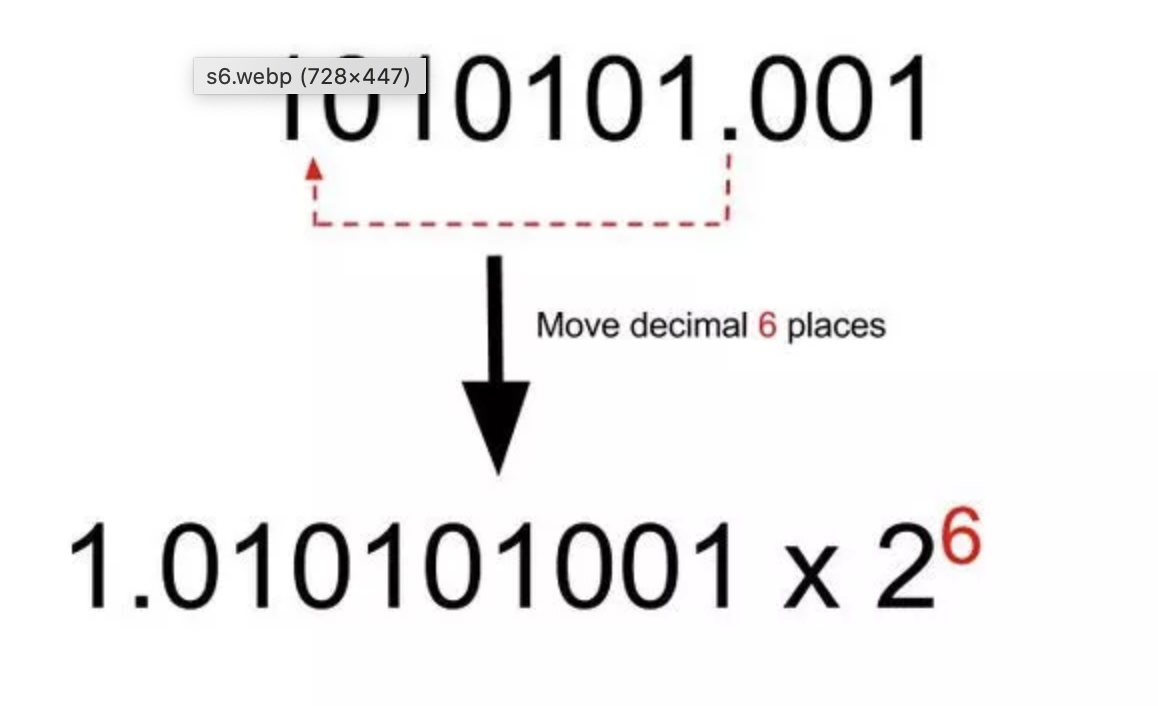 # 7. Determine the sign of the number and display in binary format. 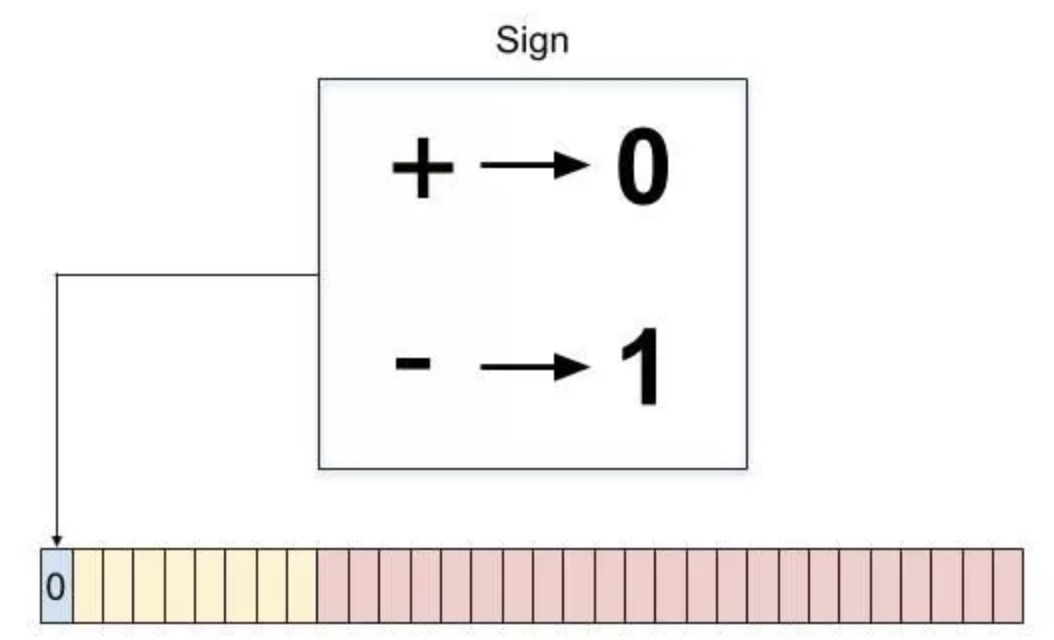 # 8.Get the exponent based on precision. 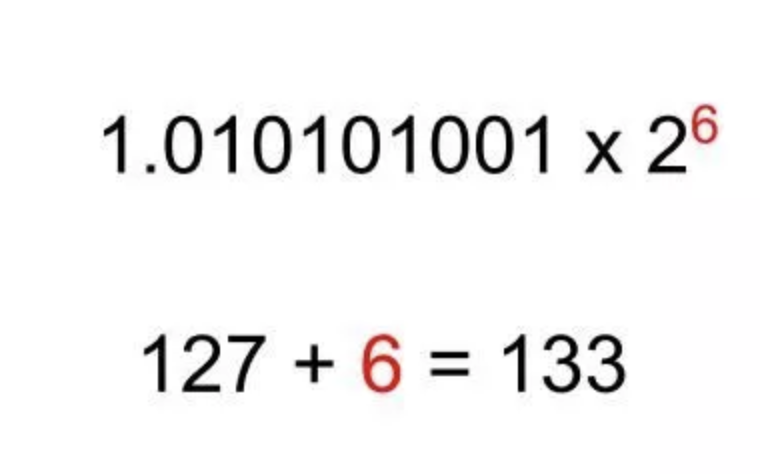 # 9. Turn the exponent into binary.

After you determine your final exponent, you will need to convert it into binary so that it could be used in the IEEE 754 conversion. For the example, you can convert the 133 that you found in the last step into 10000101. 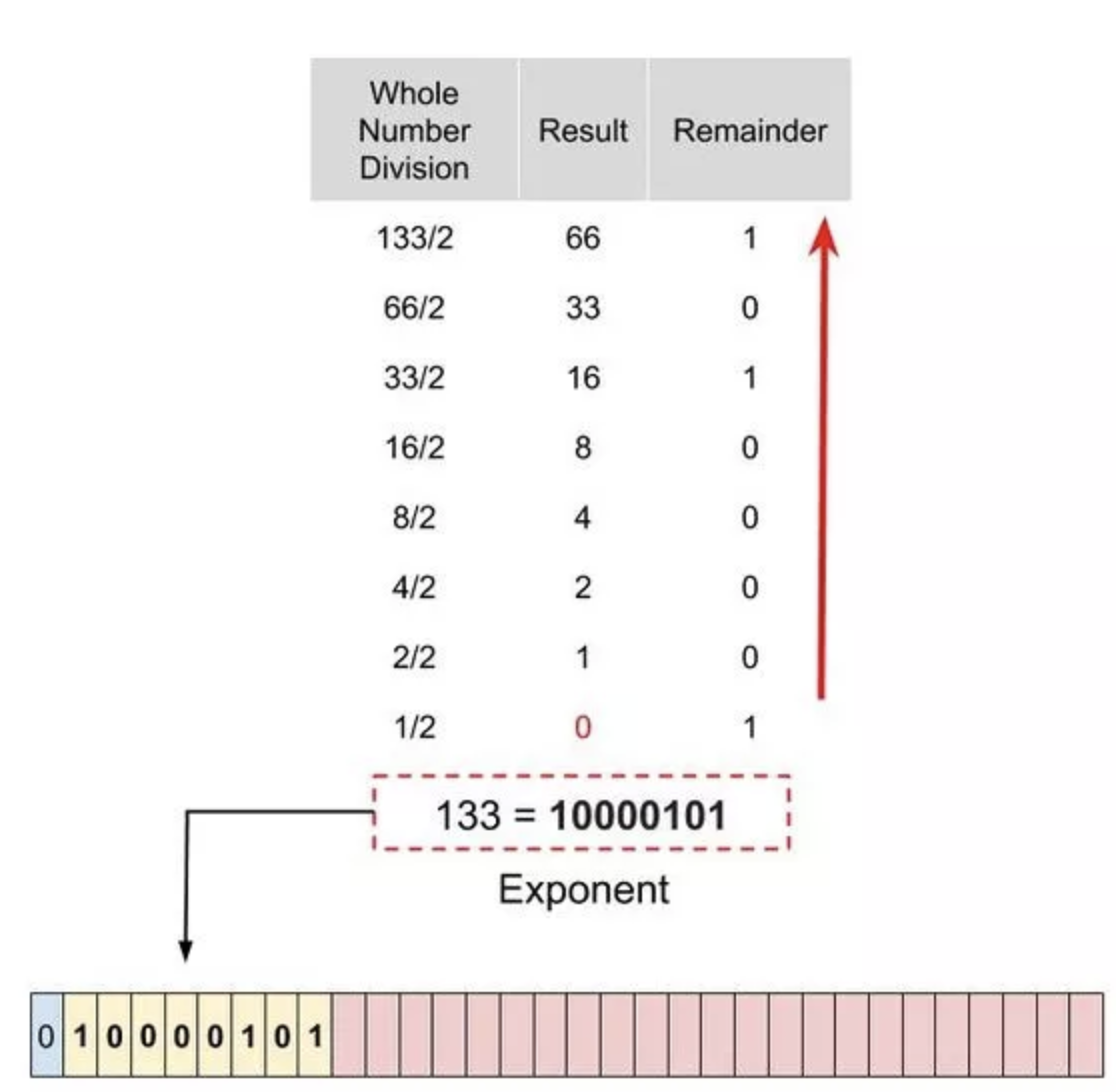